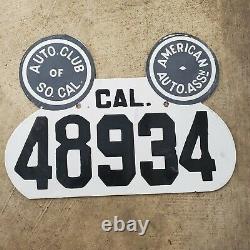 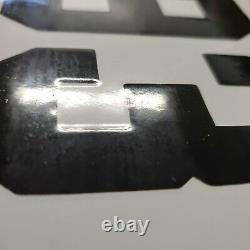 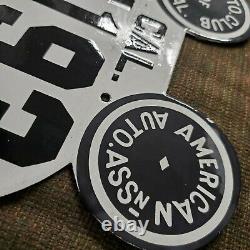 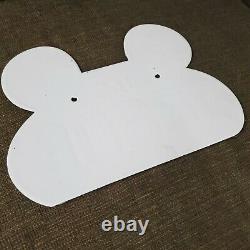 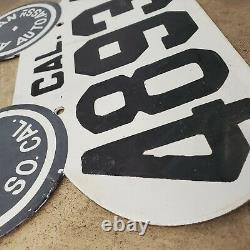 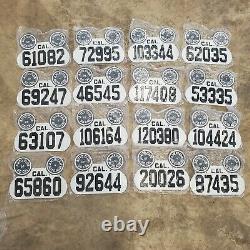 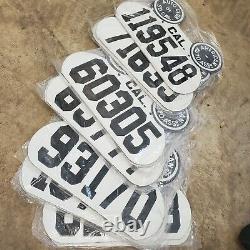 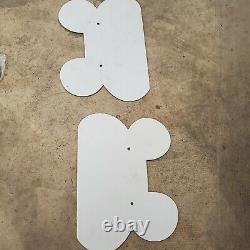 These plates are Reproductions and not Original. Although not original, these plates are wonderful for any collector not able to spend thousands of dollars on the real deal. They are in wonderful display condition and a great conversational piece. We absolutely love these plates as they remind us of a better and simpler time. Please NOTE, you will be receiving a random plate number as all plates are numbered differently. They are all in the same condition as the shown pictures. Made of heavy duty porcelain 8" x 11" Approx 1.5 pounds each. A brief history found online. California has a very rich history of porcelain pre-states, boasting some of the. Most attractive and unique porcelains ever produced in any state. California first required license plates to be used in 1905, all known varieties. Over the first four years are made of metal, leather, wood, and other such.
As per the 1905 ordinance, plates were only required on the rear of. The car, although sometimes owners decided to put one on the front as well. California plate historian Jeff Minard has discovered, the switch to porcelain. Seems to have occurred in 1909, when the Automobile Club of Southern. California, responding to growing pressure to force motorists to display plates on.
The front as well as the rear of their vehicles, offered members porcelain Auto. Club "hangars" for their cars, loaning each of the Club's 1,000 members free. These plates, owners were told that these plates were the property of the Auto. Club and that if the motorist ceased to be a member, then the plates were to be.
Incidentally, it appears that some owners cut off the Auto Club. Insignias - perhaps after dropping membership - leaving behind plates that are.
Often mistaken for simple rectangular pre-states. Auto Club plates for new 1909. Registrants began around 20,000. Of course, lower numbers are known as well. Because the Auto Club provided whatever number a vehicle had registered to it. For someone looking to have a pretty porcelain plate made to replace their. Tattered leather plate from years earlier, they got a porcelain with that same. Number, be it from 1905, 1906, or whatever. Between mid-1909 and the end of. The pre-state era in 1913, perhaps 4,000 Auto Club plates of all varieties were. These plates carried the emblem of both the Auto Club of.

Southern California, as well as the American Automobile Association. Clear who manufactured these plates, but we know that at least some were made. By the California Metal Enameling Company and bear that company's paper label. It is also believed that the Pacific Sign & Enamel Company may. Have produced some porcelain pre-states.